For my first day at the k-fair I have located that the injection molding machines are mainly in halls 13 and 15 ad walked around trying to see them all and learn as much as possible. It seems like some injection molding manufacturers are specialized into doing machines for a specific application or with a specific approach on things, like bottle pre-form manufacturing or developing a really advanced robot for their machine. And then there are the really big manufacturers that are just doing it all and the spinoff copies of them. My first impression of the fair was that it is huge and the machines displayed are really big, but I also saw a mini injection molding machine with approximate dimensions of 0.5 X 0.5 X 1 meter for making tiny parts.

I saw this really interesting type of injection molding machine that had a lot of mold tables and molds attached on a round and rotating platform and the injection unit was sitting at the side of this carousel, the mold vas connected to the injection unit only during injection face of the process and during cooling and removing the part from the mold it does a loop around on this platform. This is quite clever as the cycle time per product gets shorter and degradation of the material is minimized as the injection unit constantly just fills the next mold with o waiting while the part cools down.

The trend in injection molding machines seems to be that there is a picker robot for removing the parts from the mold and laying them out on a conveyor belt. The touch screens, video from inside of the machine and smart quality solutions and well thought out packaging cells really impressed me. A nice solution was also a picker sorting the sprues from the products while placing them on separate halves of a conveyor belt. Seeing the machines in operation was so cool as well.

Another method that I have not heard about before was this surface design that is done by putting film in the mold before injection molding and then it would get inside the final product. This has applications in making labeled containers and decorative parts as panels for the inside of car doors. The plastic films either runs on rolls between the mold halves or is put in buy a suction cup robot arm. Carbon fiber can also be used to put inside the mold as an insert and then it becomes infused and as a part of the surface of the product. 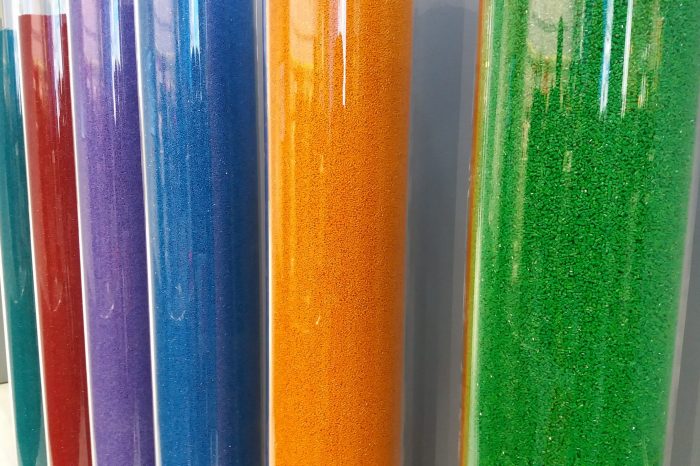 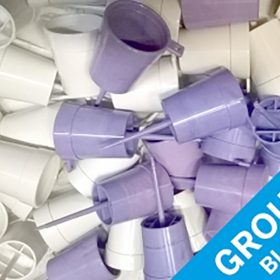 More posts by The PET club