In the beginning of September, six students from the Mediekultur degree programme took part in the event called Nordic Talents. This is the first time Arcada producer, – and script&director students took part in the event as observers. This study trip was supported by both Konstsamfundet and Svenska Kulturfonden under a project named Arcada Nordic Talents. The students had the possibility to apply for a spot by writing a letter of motivation and by answering a few questions about their studies and goals.

Nordic Talents is a yearly event organized by the Nordisk Film & TV Fund (NFTF) and always takes place at the Danish Film School in Copenhagen. During the event, students who have recently graduated or are about to graduate from film schools in the Nordic countries show their graduation films and pitch a new idea for a film or a series to panels and the audience. The 10 students who get to pitch have been chosen by NFTF. The audience consists of established producers, film fund representatives and observer students. It is a competition as well. There is a jury that chooses the winning pitch and the award is in funds, i.e. money to be put to the realization of the pitched film/series. The event this year was vibrant, interesting and definitely worth taking part in.

Why is Arcada taking part in Nordic Talents?

My ultimate motivation for setting up this project for the Arcada students was to put Arcada on the map of the Nordic film scene. Not only networking and content presentation for the students but also for financiers in the Nordics to be aware of Arcada, the level of our education, our students and what they are capable of creating.

An important reason for Arcada students to take part in Nordic Talents is also to prepare them for the realities of their career choice. As a director/scriptwriter or as a producer of audio-visual content, you often have to present your project for an audience to get the financing. Sometimes the audience is small and just one-on-one, but sometimes the audience is big and you have to talk to all of them. The competition of content and ideas in the market place is huge, so you have to do a good job in convincing the audience that this project, and you, is who they should invest in.

The practicing of this skill is important and so it also appears in our curriculum. In the course Producentskap: Produktionsplanering, one of the assignments is to pitch a project to a fictional financier. During this assignment, we learn how to present a project not only as a story or content but also as a project as whole – as a project needs to be well planned to be credible. In the course Producentskap: Distribution och Marknadsföring, one assignment is to plan how the film should be presented (sold) to the audience i.e. the consumer. All of these tasks, Nordic Talents and the various course assignments at Arcada result in the student learning how to present a project by first recognizing the audience and the goals for the project: Who am I talking to? What do I need from them? What do they need to know?

Why do professionals attend the Nordic Talents event?

For professional producers and financiers, it is important to be aware of, and interested in, new talent that is emerging. Nordic Talents is therefore a great place to meet them but also to get a glimpse of themes, thoughts and tendencies that the younger generation consider as important to create films/series. The event has been full for years, places are booked quickly and latecomers have to accept that it is full and miss out.

I participated in Nordic Talents for the very first time in the early 2000s as a producer. I was a newcomer in the industry, a producer with only a little experience. Nordic Talent was, and still is, a meeting place for professionals from the Nordic countries as well. It is a small enough event so everybody has time to talk to each other. That first time I made great contacts that I still have and work with. And every time I participate in Nordic Talents I am nervous of the so called “producers pitch”, where established producers then have to present themselves and their companies to the students. Some producers are good at it and some are frankly, very bad, even with years of experience. In a way, I think this brings comfort to the students in the audience, they can see that it is not easy even for the well-seasoned professionals.

The students from Arcada were all pleased with the study trip to the Nordic Talents event. They considered it interesting and important, and are all aiming to take part in it next year with a film and an idea of their own. They all said that they learned a lot about presenting audio-visual projects. I expect that they also networked and created contacts with other students and professionals who they will work with in the future. Our students found it interesting to visit another school, to see their facilities and experience the ambience.

This leads me to the last thought of this blog. We all know that networking is important even though the word itself can feel washed out. Networking – what is that anyway? Life is networking! Oh yes, it is. And especially when creating audio-visual content, whatever your role is, you are in the people business.  We need each other. No filmmaker is an island. 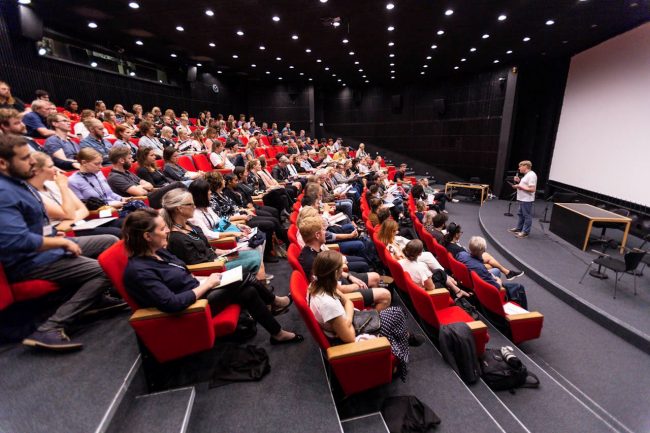 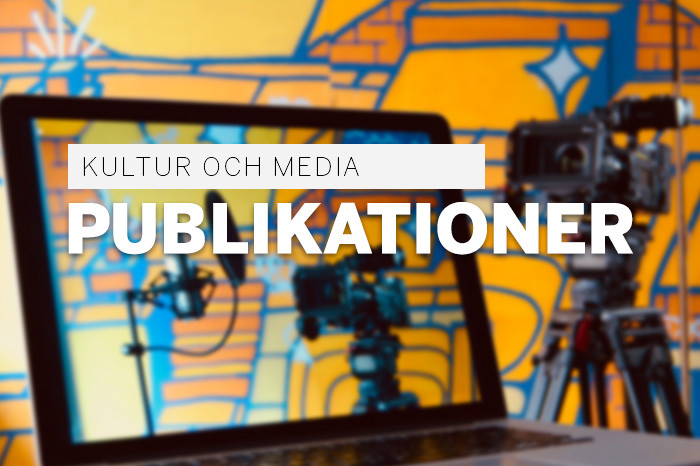