We were so eager to be there for the opening that we decided to meet at least half an hour earlier for the opening ceremony. It started off very well, there was a DJ who started it out with some nice techno complemented with nice visual effects at the entrance. We were very excited for the event and full of energy, even though that it was early in the morning. Holland café offered our group some free coffee which we gladly accepted. In general we really liked the hospitality with the free water stations and lots of seats and working stations. It was really well organized for people who needed to work.

The slush day started off with the opening show on the silver stage. Due to us arriving earlier we had very good seats and could enjoy the show even more. It was a special feeling to see influencing people like the Priminister of Finland and President of Estonia and aspiring entrepreneurs like the co-founder of Skype. Subsequently, there were some interesting discussions and keynotes with people from the management from Nokia and SEB.

One of the most interesting topics at slush was the upcoming technology of Virtual and Augmented Reality. There were several speeches about this and also some stands, where you could try it out. We went to the Nokia stand where they presented the 360 degree cam Ozo. With the Oculus Rift, a virtual reality glass, you could see the functionality of Ozo – very breath-taking!

Furthermore, we saw several pitches, from very good ones to shaky ones, it truly was amazing. One pitch that stayed in our mind for some time was the one from Nils Hammer CEO of Saltside. He started comparing Sweden to Bangladesh in terms of which country it is better to invest in the long run. The reason why it was memorable was because, he spoke slowly and confidently and most importantly he kept the slides simple. Unfortunately, many pitches contained too much information on their slides.

Last but not least, we had a lot of fun interacting with the small and medium sized start-up companies. Many times we learned about a product/idea that we didn’t even know it existed. The perfect example for this was the company Entocube. They wanted to use insects as a source of protein in Europe and America.

The icing on the cake were the after parties. We knew that on Wednesday night people would have to stand ages in the que to get in Kaiku so we decided for once to show up on time to a party. It sure was a wise move on our part, because some people stood in the queue for almost up to 2 hours. On Thursday night the whole Slush venue was to our disposal, which included free beer… the rest you can probably imagine. 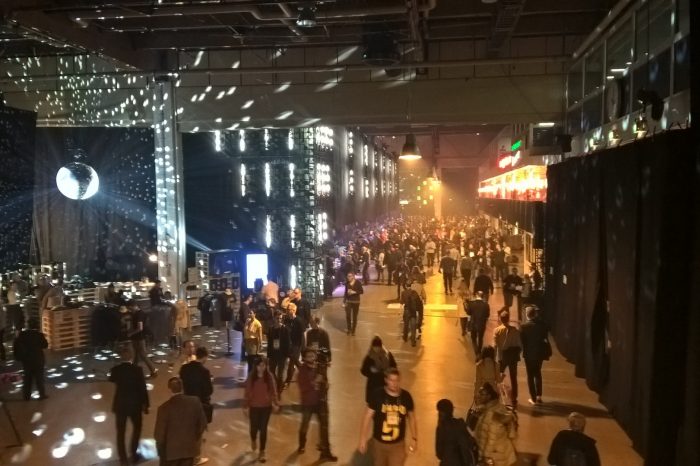