This year’s Slush gathered thousands of early stage companies, hundreds of investors and thousands of other attendees to the convention center Messukeskus in Helsinki. In the end, the total amount of tickets sold to the event was somewhere around 15000. As with previous years, the event for this year was also sold out. We, as students, were lucky enough to get our hands on these highly desired tickets and got to see what Slush is all about.

The whole experience was overwhelming, to say the least. The sheer amount of different companies and investors made the event a spectacular networking arena for everyone attending. There were recruitment areas, pitching stages and investor areas where people discussed their ideas and visions and were in search of those who thought in the same way. In addition to these, the event had hundreds of speakers and panelists who were ready to share their thoughts on different matters with the world.

Slush was described as the best event of its kind in the whole world. This really says a lot. This year’s Slush attendees represented about 100 different nationalities, which is truly astonishing. Although its diverse background, Slush has remained as a Nordic, and more precisely, Finnish product. Since the demand for an event like this is so exceptionally high, what could be the next step for Slush?

Strolling through the venue, it becomes evident that there is probably no sense in making the event itself bigger than it already is. Growing the size of the event would only make it feel less intimate and that’s definitely not what the potential investors and early stage companies want. The sense of intimacy has to be preserved. This year’s Slush with its 15000 attendees is already rather overwhelming with the amount of things happening all at once.

So, what about expanding the event to other countries? Well, they’ve already kind of done that. Slush Asia was held April 24th in Tokyo, Japan. By expanding the event, Slush and its organizers are able to reach a far larger audience and hopefully excite the entrepreneurially minded people in that specific area. And Japan, with its population of around 126 million, is definitely a very large market. And since the whole of Asia consists of around 60% of the human population, it makes sense to expand and organize the event there.

Remains to be seen if North –and South America will get a Slush of their own. This kind of expansion would still be reasonable. There is really no point in organizing the event somewhere else in Europe. That would simply be too much, since it basically only takes 3-4 hours from wherever in Europe to get to Helsinki by plane. And for a conference and event like this, that is not seen as an obstacle. Also, since the conference is a Finnish creation of mind, it only makes sense to have it in Finland, when we’re talking about the issue of a possible European expansion.

Since the whole spirit of Slush revolves around the community of volunteers that have put together thousands of hours in making the event the spectacle it is, it makes you wonder how this mentality can be transferred to other places. It could be that the mentality is already there and it’s only the finished product that is missing. If so, that mentality must then only be nurtured and developed into concrete steps in making the conference happen in other parts of the world too.

At the end of the day, nobody can predict what the future holds for Slush. Having said that, it must sound a bit odd to continue and say with certainty that the future for Slush seems very bright. But when you comprehend the unified effort that has brought this event to life, you understand that even the word “bright” feels like an understatement. 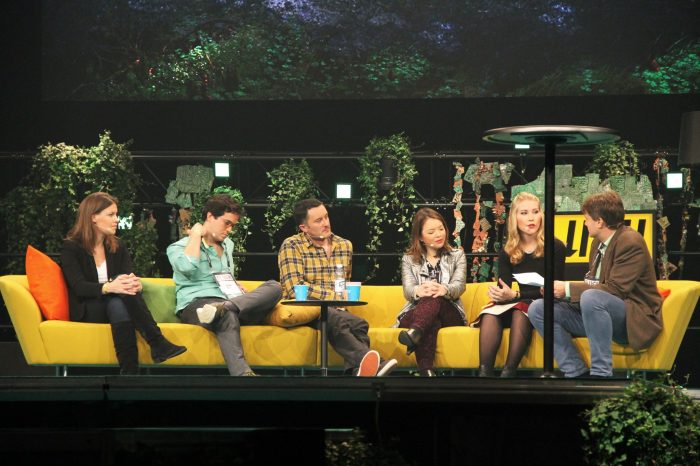