The first rule of Slush is: you don’t talk about Slush.

…Just kidding: the first rule is, expect nothing from Slush. Because whatever your expectations are, the reality will blow you away. Even if you’ve attended before, as I have, make sure to check your preconceptions at the door with your coat, because every year is bigger and better than the last.

This year, walking in was like entering some Dionysian lovechild of a nightclub and an underground rock concert, all smoke and lightshows and incredible energy. Slush was and is no boring business conference, but a place for the genuinely passionate to meet and create something new. Sure, most of the bigwigs are perhaps only genuinely passionate about their checkbooks, but that’s not a bad thing. Money makes the world go right round, right? No one’s going to see your revolutionary education system for Ethiopia if you can’t get the funding for it.

Which leads nicely into the topic of pitching. Every year, Slush runs a pitching competition, where start-ups and fledgling companies can pitch their ideas and concepts to investors hunting for the perfect money-maker; the winner makes off with a giant check, and presumably a whole lot of interest from potential investors. The thing that strikes you, listening to these pitches, is not just the courage it must take to get up and try and sell this thing you’ve created, but the sheer variety of the business ideas presented. Within twenty minutes I heard pitches for an art evaluating company, a courier service that trains its professional-level couriers through an app, and a portable solar energy service for northern Africa. Later in the event creators with potential solutions to humanitarian issues pitched to a more socially responsible audience, and after that the tables turned and various charities and non-profits pitched, not their solutions, but their problems to some of the brightest and most creative minds the business world had to offer—hoping, of course, for one of those minds to light with a possible resolution for them. It was a kind of pitching I’d never seen before, and a simply fantastic way of taking advantage of all that gathered talent—but then, what can you expect from an event for entrepreneurs?

Alas, I did not have a bank account full of zeroes behind me, and the pitches were thus only of academic interest this year. But there was a lot more to Slush than pitching; three of the four stages were devoted to speakers from every corner of the globe, and from every industry, from transport to wearable technology. CEOs, presidents, and project leaders discussed everything from modernizing healthcare to data security, and these talks, more than anything else in the two-day event, were incredible. No clumsy, inexperienced speakers here; these people were smooth talkers, even those for whom English wasn’t their first language. Most of the time you could hardly tell, and even when you could, it was their words, not their accents, that hooked you in. I’m not ashamed to say that I had tears in my eyes, listening to men and women from across Europe discuss their ideas for restructuring—and re-energizing—the way the modern world handles education. I’ll also freely admit to sticking almost exclusively to the green stage for the second day; there was just so much hope and determined idealism, so much tempered-steel optimism, on display there as great minds sold us on—or pitched to us, you could say—a brighter future than the news media’s been prophesying the last few years. For a kid who grew up in the middle of the credit crisis and the promise of apocalyptic climate change, it was a nearly religious experience, being told—being shown—that the human race has more than enough brains and grit to derail Ragnarok.

And ultimately, that’s what you have to take away from Slush; an awareness of the sheer power of human creativity. Slush is a showcase of what makes us human; our ability to solve problems, to create solutions, to invent, and if you think that’s an unbearably trite observation, then I say to you: next year, buy yourself a ticket.

I promise you won’t be disappointed. 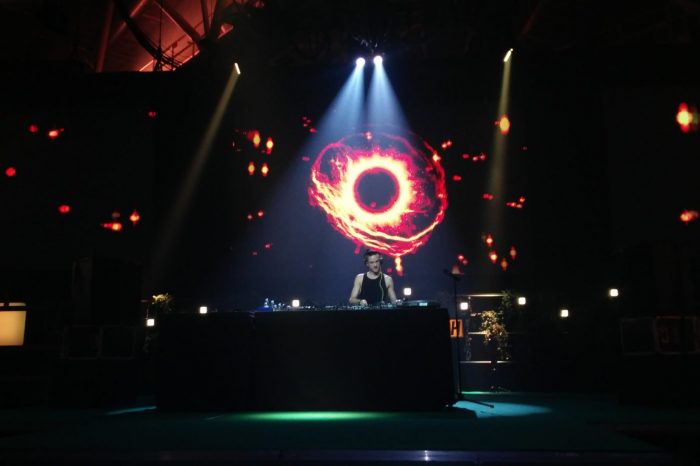