After about three months of working towards a common goal, our main adventure has finally begun! Aron and Pata together with Rauski, an experienced climber and Patas long time friend, have now started ascending the 300 meters tall Via Ferrata that has been in our sights for all this time. Over the next few days they will attempt to climb the route unsupported (meaning that they drag along everything they need, including water, without outside help).

I have now been up the wall a few times myself, scouting the route and providing extra security for the camera teams who have been up to get a feel of the climbing. The landscapes are amazing even from down in the valley, but from a higher vantage point it opens up to so much more.

For the less experienced climbers, getting up the wall has seemed to be quite an adventure though. It has been a joy to witness their excitement coming up the wall as well as seeing them enjoy the first glimpse of the view just as I did.

While the burden of being resposible for a climbing party certainly makes itself known, I must say that the hard work the camera crews have put in on our practice wall back at Arcada certainly has paid off. The climbing has been fluid, and so far there have been no bigger issues on the wall.

Even so, our journey has only just begun, so now is not the time to get overconfident. It’s now that the focus of the camera crews will be mostly on filming and not on the climbing, which means that staying sharp gets even more important for those of us in charge of the safety! 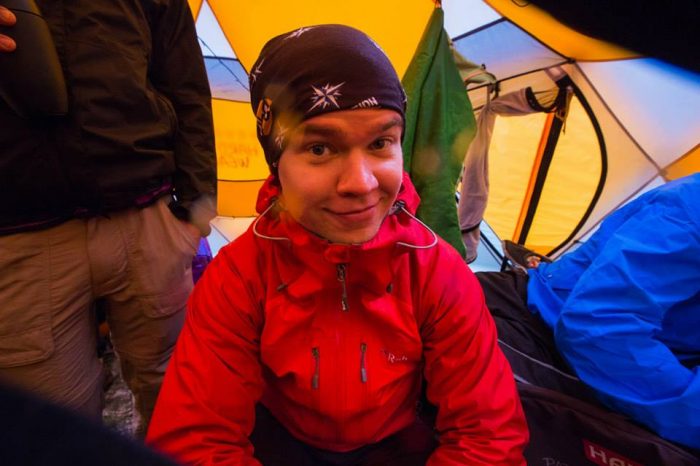