– I do crazy things! Aron says. He is an elite athlete, an adventurer and he loves to challenge himself.
At the age of nine Aron lost most function in his legs due to cancer, since then he’s relied on his wheelchair. But that hasn’t stopped him!
Since he was a kid sport has been an important part of his life, and after defeating cancer he went directly back to sports to see what he could do next. Aron was the first person in a wheelchair to climb Kebnekaise (Sweden’s highest mountain). He’s also taken part in four paraolympics, bicycled from Sweden to Paris and plans to swim from the Åland Islands to Sweden.
Aron wants to help kids that are going through the same as he went, which is why he also is an devoted ambassador for Barncancerfonden.

So how did Aron become a part of our expedition?
– I got a mail from Pata a few weeks ago asking me if I was interested in climbing in France with him, and I sad yes immediately, Aron says.
Expedition Arcada is bigger then anything he has done before. He is looking forward to the teamwork around the expedition and off course the whole experience. This is also the first adventure where Aron climbs via ferrata.
– During the expedition we also have to sleep on the wall for two nights… It sounds a little bit scary, but it’s definitely going to be interesting and of course exciting!

Great having you here Aron and a big welcome to our team! 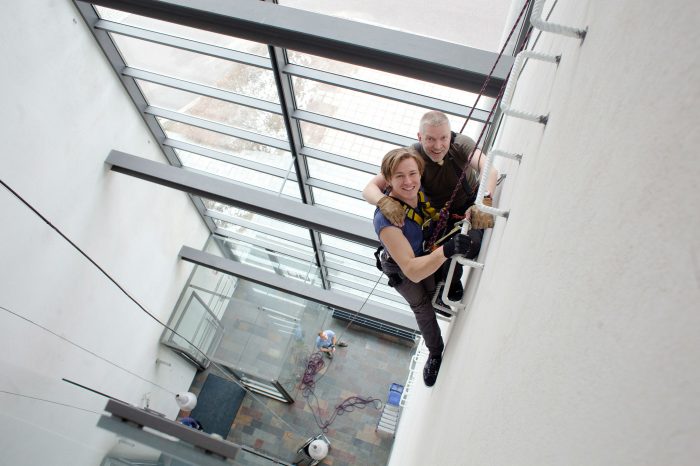