On our first team meeting Pata Degerman introduced all the members of our expedition, when it was my time he said “And here is our Helicopter pilot, Rasmus Sjöberg”. Everybody turned around and looked at me like they just saw a ghost. That is when the legend of the Helicopter pilot started.

Just to clarify, no, i’m not a verified pilot. During the expedition I will be operating a DJI Phantom drone that has a GoPro attached to it. I’m going to be the person responsible of all the aerial video footage from our expedition.

When I applied for the expedition I wanted to be in charge of designing the web pages, but during the interview I asked Pata if they had thought about bringing a DJI Phantom to France to get all the amazing shots from the air. Pata got excited in less then a second and asked me if I would like to be the “pilot” for the drone and of course I said yes!

During the last couple of months I’ve been flying around various locations in Helsinki practicing flying with the drone.  It brings back old memories of being a young little boy who got his first RC car and every second was more exciting than the last. I know that the responsibility is big, but I still want to keep this experience as fun and positive as possible.

I’d like to end this post with a quote from the Governor of California, Arnold Schwarzenegger: “Get to the chopper” 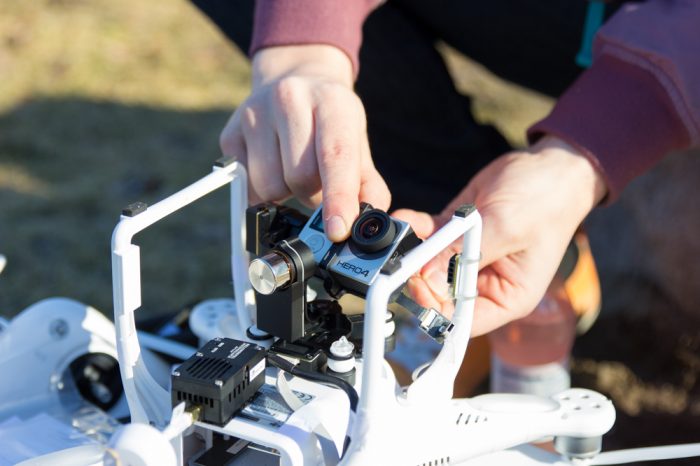