Writing hours and days writing in the base camp while watching the climbers one after another get ready to climb the 300 meter rock wall, made me want to make the climb too. For six days, while working on the expedition-themed book, I heard the joyful shouting when someone reached the top of the climbing route. Finally, I got my chance. And I took it.

Climbing the Via Ferrata in La Grave was breathtaking, not like anything I have ever done before. Feeling the wind in my face and the mountain under my fingers felt unbelievable. I liked the view of the base camp getting smaller and smaller below me, while the snow covered mountain peaks grew bigger and bigger. The highlights of the climb was when I had the opportunity to sit in the portaledge hanging on the wall, as well as reaching the 300 meter high peak. 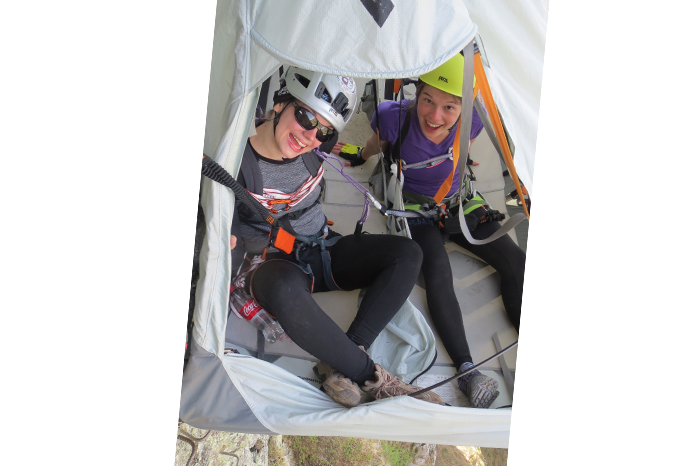