As Expedition Arcada is a student project, we are supposed to handle (almost) everything ourselves, with the teachers as mentors. My and Keny’s mission before the expedition is to organize all trips to and from La Grave in France, both by flight and by boat.

To fix around 50 flight tickets and two vans with their drivers on a boat didn’t feel so hard to do beforehand. You just have to check which flight that is the cheapest and then reserve the tickets. It wasn’t really that easy. La Grave’s nearest airport is located in Grenoble, but it is only open during the skiing season and not in May. So we had to choose another flight destination, like Lyon or Turin in Italy or Geneva in Switzerland. We chose Finnair to Geneva because it was the only way to get a direct flight, which minimize the risk of losing luggage. From there we plan to go by bus to our final destination.

After choosing airline and route, we had to decide who is travelling when. We divided all participants into four groups: van drivers, first team, core team and third team, all departing on different days. We had to get everybody’s full name and deliver them to SMT travel agency, so that they could write our tickets. The students were the easy part since everybody are going home on 15 May, but then we had to reserve tickets for all teachers who are coming with us too, and almost all of them had to travel on different days.

When the first team arrives in La Grave later on today, we wanted the vans to already be there with all our stuff. This meant they had to depart from Finland already on 3 May. Initially we wanted to reserve a boat trip for the vans from Turku to Stockholm, but one of the ferries were in a dock and the other one was already full, so we had to take another ferry from Naantali in Finland to Kapellskär in Sweden instead.

Sunday 3 May we spent at Arcada, packing film equipment, kitchen stuff, climbing equipment, first aid and security stuff and tents in our two vans. As I’m writing our drivers are going from Finland, with boat to Sweden, down through Sweden, over the bridge to Denmark, with ferry to Germany and then trough Germany to France and La Grave. By tomorrow we will have found out if all teams have reached La Grave as planned, and with all their luggage. 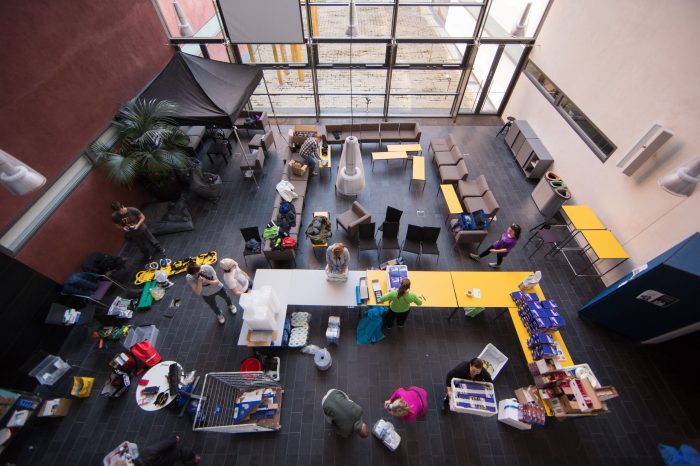