Our engineering students visited a modern, and among the best in the world, waste-to-energy plants. It burns unusable waste from the Helsinki region rather than it being put in a landfill. It meets about half of the district heat needed by the entire city of Vantaa, covers about 30% of the electricity demand of Vantaa, and reduces significantly the emissions of greenhouse gases compared to conventional energy production.

Exchange student Luc Fiers from the Netherlands says “It was really interesting to see the total process of converting waste to electricity and energy. Also cool to get into the control room, see how the machines are operated. Would have been interesting to see the steam generator. In the Netherlands where we have a similar plant, the waste is presorted to extract incorrect waste. Good that something done about waste rather than landfill, but other things could be done better with waste. Felt that process was optimized economically rather then for environmental impact.”

We are grateful to Teuvo Heinonen who guided us inside the facility and taught us how it operated and about it envirnmental aspects. 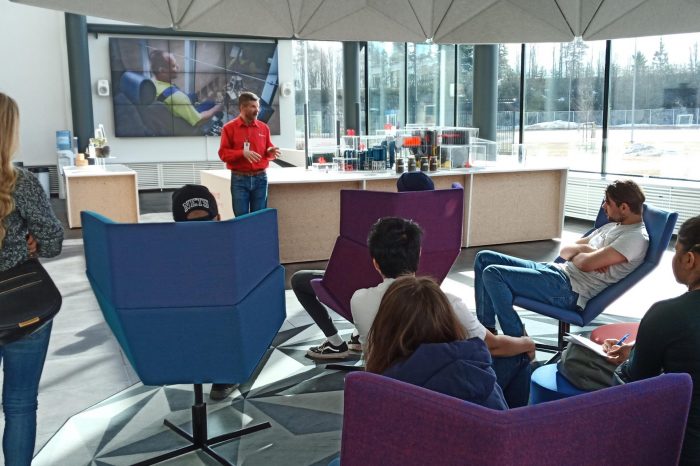 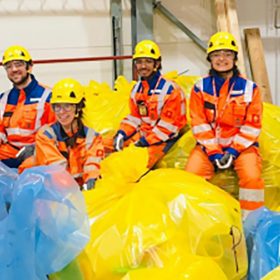