“A simple smile says more than a thousand words!” That’s how the blog post announcing the #ArcadaSelfie competition begun. And now, nearly a month later, this statement rings more true than ever.

We want to give a big round of applause and say thank you to all of you who participated! Close to a hundred photos were tagged with #ArcadaSelfie and we hope that you’ve had just as much fun as we have seeing new ones trickle in every day (more than a hundred were actually posted, but those who have their Instagram settings set to private are, off course, still hidden from us). The photos are preserved in the original blog post for mankind’s future inspiration and amusement.

You might remember that our hope was that your photos  would give a glimpse of life at Arcada to potential new students. The application period to Arcada’s bachelor’s degree programmes in Swedish ended the day before yesterday, and we can reveal that a record-breaking 1441 students applied! Now that is something to celebrate!

And you might also remember that we promised five of you two movie tickets each. We conducted a raffle and Lady Luck smiled at Julia Glasberg, Jessica Blechingberg, Thomas Vikfors, Anna Sundqvist and Alexander Påhls. All the winners have been contacted and the smell of popcorn is in the air.

Over and out,
The Arcada Communications Department 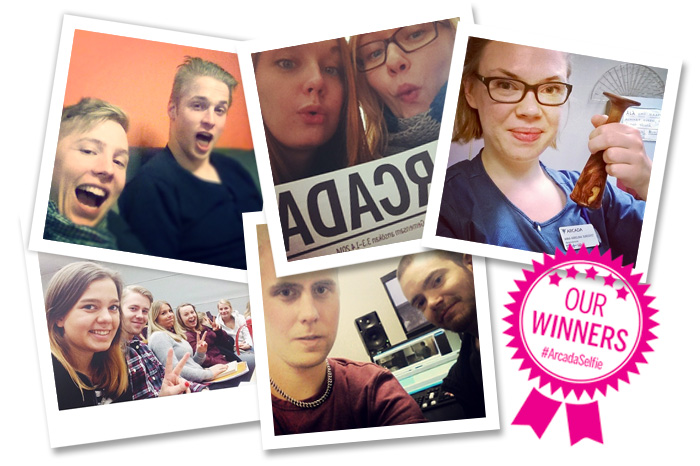