Björn Wiberg, Research Engineer at Arcada, blogs about current trends in technology and his visit to Germany last week:

Last week (7.4. – 11.4.2014) one of the world’s biggest technological fairs was in progress in the German city of Hannover. From Arcada I was present, visiting the fair and seeing the current trends in technology. The main focus of interest was the latest developments in fuel cell technology.

At the fair were more than 5000 exhibitors from the biggest technology companies across the world were present. The fair was divided into four main interest areas; energy, transport, industrial automation and software.

Showing the latest and greatest achievements from the world of large scale energy production and distribution many of the big companies present were presenting their latest methods for harnessing energy. In line with the German eagerness to save money and the ideological green wave movement, most of the technology on display aimed to lower costs and save the planet.

The focus of the energy exhibit was to display the latest achievements in alternative energy sources. That is to say, utilising sources of energy that today are heavily under-utilised. Though many of the methods developed today have been for a long time known to mankind they have not made it onto the mainstream market. Now with the cost of energy growing it is more feasible to implement strategies such as geothermal heat and fuel cells.

The Rise of Fuel Cells

A section dedicated to fuel cells was located at the Hannover fair displaying the latest fuel cell technology. Since the early 2000’s, and in line with the steadily increasing raw oil costs, fuel cell technology has been steadily developing and a step closer to market uptake has clearly been shown.

The current trend in the fuel cell technology is to develop fuel cells for integration into society’s currently established infrastructure. This has been at the forefront discussion for some time. The dilemma at hand is that any new technology introduced must in turn either be integrated with existing technology or rebuild/build-upon the infrastructure that is currently present.

Current trends for fuel cells now aim to use a diesel reformer coupled with a hydrogen fuel cell in order to increase the efficiency of the supplied diesel. This would allow fuel cells to quickly penetrate the market using the existing technology and infrastructure while at the same time introducing a higher level of efficiency to current and outdated systems.

Up until now we have not seen any real growth on the fuel cell market as all fuel cell power systems have been very weak in comparison to the tried and tested diesel generators. It is however now clear that for any system requiring less than 500kW power a fuel cell system will be far more beneficial over a diesel generator. This is a clear message that fuel cells are no longer simply in the imagination of scientist but are becoming a formidable technological force.

This strengthens the commitment Arcada is making towards Direct Methanol Fuel Cell technology. Currently Arcada is one of very few institutions in Finland that is actively conducting research in fuel cells.

It is now unavoidable. Electric vehicles are coming and are here to stay. A very strong message was felt at the Hannover fair regarding the use of electricity and transport; be it hydrogen powered buses (HyTrac), electric engines (Proton Motor) or electric vehicles (STILL or VW). Fossil fuel technology has taken us as far as we dare take it and now it is time to evolve.

At the fair were several companies offering electric fuel stations, motors and even complete cars. The switch over from fossil fuels to electric systems is slow but steady; currently the challenges facing the industry are that of battery technology and infrastructure. The bulk of problems have to a large extent been solved far enough to supply the market with reliable products.

Industrial automation is always an interesting area; here the focus is on creating more accurate systems with greater cross-integration in order to be able to control and monitor large numbers of robots and systems at the same time. The automation area grows at a steady pace year-to-year and evolution of the systems can be clearly seen.

The current trend is to produce dynamic control systems that can identify bespoke items and organise them accordingly. This differs from the classical method of programming a robot to repeat the same action over and over again for identical products. A robot that can identify objects and place/pack them accordingly has a clear advantage in factories were several different components must be inserted/packed/placed according to customer wishes.

Software is an area that moves at high speed with several large companies working hard to outdo one another. The current two big players on the software market are Dassault Systemes (maker of Solid Works, used at Arcada) and Autodesk (makers of AutoCAD). Here again the trend is to cross-link the different software suites to create a credible all-incorporating system from where the user can get all work done.

In the entire, fair was a good indication of where the technology sector is at and towards where it is heading. The clear message is electricity, if there are still supporters of the old style internal combustion engine out there; it is time for change or suffer a slow demise. 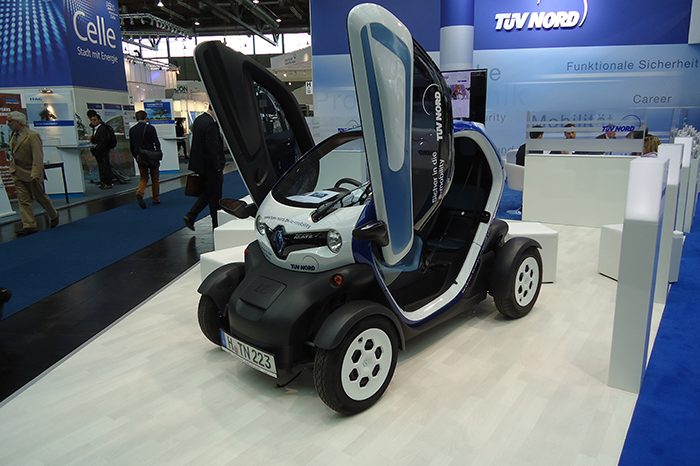 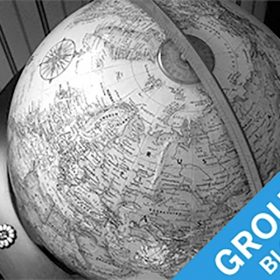 More posts by Arcada i världen